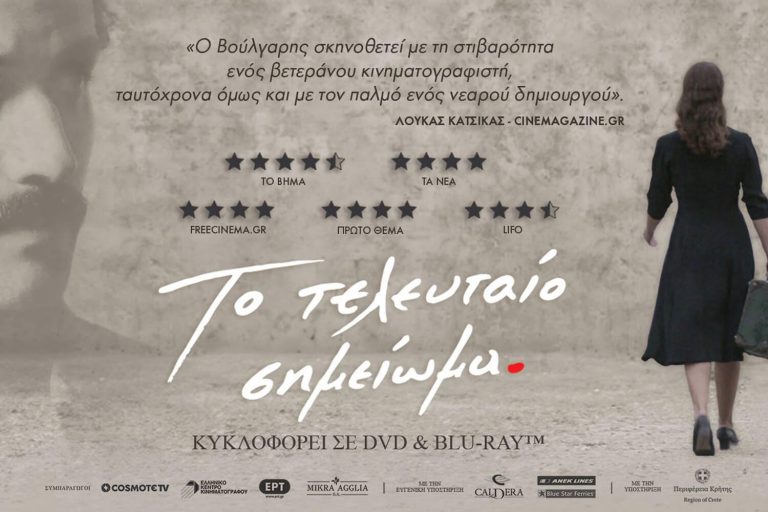 Supporting the film The Last Note

In September 2017, Caldera Group hosted the actors of the famous drama film The Last Note that was shot in real settings and areas of the prefecture of Chania. Accommodation for the cast and crew members was provided by Caldera Group for the whole filmmaking period, which made Caldera Group a major sponsor of the film. The film was directed by award-winning director Pantelis Voulgaris, and co-written with his wife Ioanna Karystiani.

The film is based on one of the most shattering historical events of World War II: the execution of 200 Greek partisans by the German occupiers on May 1st, 1944, in Kaisariani, a district in Attica, in reprisal for a Greek Resistance ambush against the Nazis. Napoleon Soukatzidis, a 34-year-old Cretan born in Asia Minor, exiled or imprisoned since 1936, is the leading character of the film. Soukatzidis is a highly educated man, used as a translator in the detention camp, who is offered to be spared execution by the German Commander towards the end. Soukatzidis refuses the German Commander’s proposal and accompanies his comrades in death, thus remaining faithful to his ideology and principles.

The film received rave reviews in Greece and abroad, and is one of the most famous Greek films in recent years.

Next
BACK TO NEWS